Water – Not Enough Or Too Much of a Good Thing?

Two new studies have turned the medical spotlight on the consumption of water, and specifically how much and when is optimal for your health.

In these dog day afternoons of our unusually hot summer, one health message resonates more than any other: Drink plenty of water. To be more specific, a kind of mantra has evolved over time around hydration that says the average adult should have 8 ounces of water eight times a day – or, “8 by 8.”

Drinking more water has even become part of First Lady Michelle Obama’s fitness campaign. Under the banner, “Drink Up,” the effort coincides with a White House advisory that declared “40% of Americans drink less than half of the recommended amount water daily”.

Yet, according to a recent article in The New York Times, it’s just not true. Drinking more water does not make you healthier, and the widespread problem of dehydration in the U.S. does not exist. The myth of the purported health benefits of 8 glasses of water a day is the result of junk science or good science misinterpreted.

The latest debate about “8 by 8” was prompted by a study published this summer in American Journal of Health. Researchers used data from the National Health Nutrition Examination Survey that examined more than 4,000 children ages 6 to 19. The study looked at urine “osmolality,” a measure of concentration. The premise was that those with a lower degree of urine osmolality were healthier, while those with higher measure were in danger of being dehydrated.

The study’s results were widely reported in the media, even by respected news sources such as NPR, but the conclusions were challenged immediately by pediatricians. Writing in The New York Times, Aaron E. Carroll, M.D., said that as a pediatrician, “I have rarely, if ever, used urine osmolality as the means by which I decide if a child is dehydrated”. After a literature search, he said that “most sources” disputed the threshold of “800 mOsm/kg” suggested by the study as characterizing dehydration.

The study aside, how did the media and public at large come to believe that most of us were seriously not drinking enough water?

As it turns out, the myth began with a 1945 government recommendation that said people needed about 2.5 liters of water a day, or about eight 8-ounce glasses. But what was lost in translation over 70 years is that the study also said “most of this quantity” is already contained “in the prepared foods” that we normally eat. (Got to read that fine print.)

In short, there is no scientific evidence for otherwise healthy people, drinking extra water will improve their health, or that a specific amount of daily water consumption is ideal. And, unless there’s some underlying health condition, people will normally drink as much water as they need.

In other words, you are not likely to become dehydrated unless you find yourself in an environment where you become thirsty and don’t have ready access to water or some other beverage.

Just when we though it was safe to close the book on the water controversy comes another study this summer, this time published in the medical journal Obesity. Researchers at the University of Birmingham in the U.K. found that drinking 500 ml of water (or about two 8-ounce glasses) 30 minutes before each meal can lead to greater weight loss among obese adults.

“The beauty of these findings is in the simplicity. Just drinking a pint of water, three times a day, before your main meals may help you reduce your weight,” lead researcher Dr. Helen Parretti told Medical News Today.

The study followed 84 obese adults, half of whom drank the specified water before their meals and half who did not. The water drinkers lost about 3 pounds more than their control group counterparts over a 12-week period.

Why? Dr. Parretti explained that the study was not designed to understand how water consumption drives weight loss. However, she speculated that drinking water could increase your metabolic rate temporarily, or simply that it makes you feel fuller so you have less appetite.

How Much Water Is Ideal?

More research is planned to address the mechanism behind water and weight loss. In meantime, by all means drink water, but if you’re worried whether you’re getting enough, the best science available now says don’t sweat it. Your body will tell you when you’re thirsty and need H20 replenishment and when it does you could grab your bottle of Custom Water to quench your thirst. What is important is the quality of the water you drink. If you feel that the quality of water in your home is low, then it might be wise to read some reviews of the Top softening units. 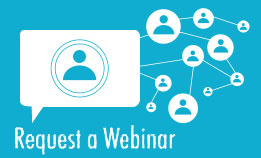