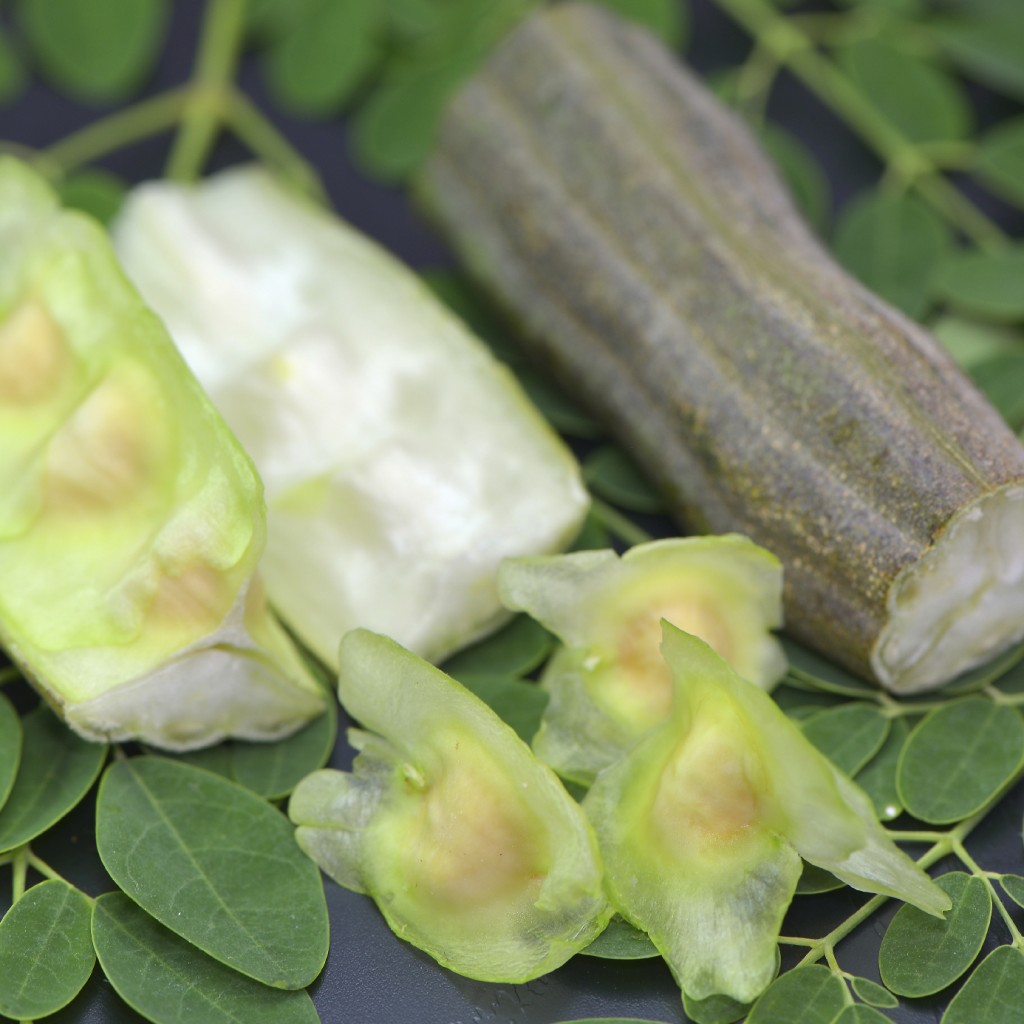 Ready For The Next Superfood? Say Hello To Moringa

It might seem only like yesterday when you had your first kale salad with the now familiar dark green crunchy leaf and slightly bitter taste. But kale is so last year. In the Game of Thrones that are superfoods, Moringa is about to rein supreme.

Never heard of it? Don’t feel left out. Moringa is just now being sold in many areas of the country. It’s also – how can we say this – less accessible to incorporating into dishes amenable to the American palate.

Moringa is a tree that grows naturally in Asia and Africa. It’s called a superfood because the seeds of the long pods of the moringa tree, as well as the leaves, are packed with nutritional value that rivals that of milk, yogurt and eggs.

What does it taste like? The seeds from the moringa pods – known in India as “drumsticks” because of their elongated shape — are said to taste like green beans, but only sweeter. The leaves taste peppery like arugula.

There’s nothing trendy about eating moringa among Asian and African households. It’s been used there as regular staple for centuries.

Indeed, NPR reporter Maanvi Singh remembers fondly growing up with a stew, Drumstick Sambhar that her mother made with moringa beans. “It’s true. I loved this stuff, even as a kid who generally rejected wholesome foods,” she says.

What scientists like about moringa is that every part of the tree can be used. It makes for great firewood. The pods when ground up are high in omega-3 fatty acids like salmon and other dark meat fish. (The drumstick pods themselves are too tough and fibrous to eat without further processing.) Mature seeds can be made into vegetable oil.

Even better, the tree is drought resistant and grows like wild fire. “It grows in areas that overlap almost perfectly with the areas of the world which are undernourished,” Jed Fahey, a biochemist who has been studying the moringa for decades, told NPR.

Scientists, including biochemist Fahey, are looking into the medicinal value of it and will gather for a “moringa conference” in November. Initial findings indicate moringa has anti-diabetic and cancer prevention properties but further research is needed to confirm the studies.