Dr. Jacobson has partnered with SignatureMD to ensure that you receive the finest in personalized care. As a program member, you’ll experience a new approach, where Dr. Jacobson will dedicate the time you need to help you live your healthiest life.

Bruce A. Jacobson, MD graduated from USC with a B.A. in Psychology in 1979 and received his medical degree from Universidad Autonoma De Guadalajara in 1983. He completed his internship and residency in Internal Medicine at Muhlenberg Regional Medical Center in New Jersey.

While still in his residency Dr. Jacobson received his medical license and moon – lighted as a part time Emergency Room Attending Physician. Upon completion of his residency program, he joined his father in a thriving private Family and Industrial Medicine Practice. His father retired in 1994 and ever since Dr. Jacobson has maintained a solo practice in Internal Medicine and is the Owner of Diet Doctors, specializing in weight loss treatments.

Dr. Jacobson was a part time hospitalist from 1995-2003, Chief of Medicine twice at West Hills Hospital, served six years as Chairman of Utilization Committee, and presently is on the Physician Peer Review Committee. He has served as Chairman of Pharmacy, Transfusion, Tissue, & Pathology Committee and as a Qualified Medical Examiner for the State of California. 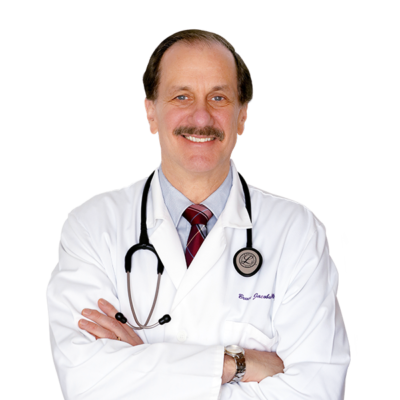 I have been going to Doctor Jacobson for a long time. All I can him and his Staff are the best!👌👍 Doctor… read more

Dr Jacobson and his whole staff are amazing. Our family has been going to him for the past 15 years. We have nothing… read more

Dr. Jacobson is very thorough and will give you time to explain all of your issues. He's good about that. He makes it… read more

Very knowledgeable, helpful, and caring. My family and I are happy to have him as our general practitioner.

Ok he gets my vote! When he first met me I had just had a carpal tunnel release surgery and he told me I was keloiding… read more