ATTENTION: Dr. Liguori’s practice is currently full. If you’d like to join the waitlist, please call the office at 212.645.8500. Thank you.

ATTENTION: Dr. Liguori’s practice is currently full. If you’d like to join the waitlist, please call the office at 212.645.8500. Thank you.

Dr. Liguori has partnered with SignatureMD to ensure that you receive the finest in personalized care. As a program member, you’ll experience a new approach, where Dr. Liguori will dedicate the time you need to help you live your healthiest life.

A native New Yorker who was born and raised in Washington Heights, Dr. Michael Liguori remained in New York City for his entire education. As a senior in high school, he was accepted into the competitive, 6-year Sophie Davis BS/MD program, where he was the Valedictorian at his graduation from CCNY before completing his medical education at the Mount Sinai School of Medicine. Upon graduation from medical school, Dr. Liguori attended St. Vincent’s Hospital and Medical Center of New York for his residency training where he was awarded the Resident of the Year recognition by his peers. Subsequently, he worked for two years as a board-certified internist in a medically underserved area in the Bedford Stuyvesant neighborhood of Brooklyn as a member of the National Public Health Service. In 1986, he started his private practice with Dr. Paul Goldstein in Greenwich Village. Dr. Liguori was on the medical and teaching staff of St. Vincent’s Hospital from 1986 until its closure in 2010, and also at NYU-Langone Medical Center from 1998 until the present time. Dr. Liguori prides himself on his attentiveness to his patients and his dedication to providing comprehensive and coordinated medical and preventive care, often to several generations in the same family. Additionally, he has extensive experience in treating geriatric patients and patients living with HIV. Dr. Liguori has been listed as one of New York’s Best Doctors in New York magazine several times and has been recognized annually as one of New York Metro Area’s Top Doctors by Castle Connolly since 1999. 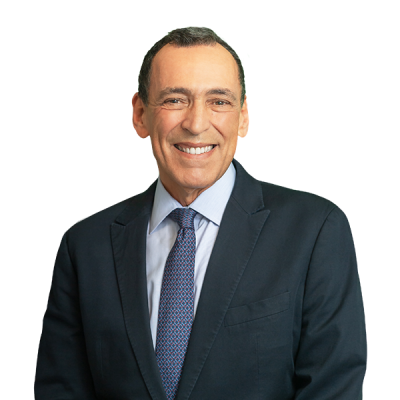 Dr. Liguori has been my doctor as well as my family's doctor since I was in my 30's. He has always been extra… read more

Dr. Liguori has treated 3 generations of my family since his Residency. After 25 years as my primary care provider,… read more