Dr. Solcher has partnered with SignatureMD to ensure that you receive the finest in personalized care. As a program member, you’ll experience a new approach, where Dr. Solcher will dedicate the time you need to help you live your healthiest life.

Patrick Solcher, MD was born into a medical household, with his father, Dean Solcher, being a prominent gastroenterologist whose career spanned over 40 years. Dr. Solcher was exposed to the practice of medicine early on, when time went solely to the patientdoctor relationship, not to the challenges of healthcare restrictions and insurance plans. After graduating from Texas A&M University with a Bachelors of Science degree in Psychology, Dr. Solcher went on to pursue his M.D. degree from the University of Texas Health Science Center at Houston. Dr. Solcher went on to complete his training in Internal Medicine at Emory University in Atlanta, Georgia.

In 1997, Dr. Solcher and his wife returned to Houston and Dr. Solcher began working in the Emergency Room at the Michael E. DeBakey VA Medical Center. He later achieved a lifelong dream of working alongside his father at The Diagnostic Clinic of Houston. Dr. Solcher joined L. Ehrlich & Associates in 2008 where he is currently practicing today.

Dr. Solcher is a member of the American College of Physicians and the Texas Medical Association/Harris County Medical Society

Dr. Solcher has lived in Houston for the majority of his life. He and his wife have a daughter and two sons. He enjoys spending time with his family, traveling and has become an ardent yoga enthusiast. 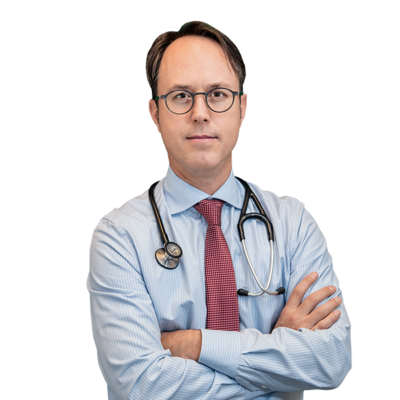