Dr. Huffman has partnered with SignatureMD to ensure that you receive the finest in personalized care. As a program member, you’ll experience a new approach, where Dr. Huffman will dedicate the time you need to help you live your healthiest life.

Dr. W. James Huffman III received his Bachelor of Science in Environmental Health Science from The University of Georgia in 2003. He then attended medical school at Mercer University, graduating in 2007, and completed his internal medicine residency at Mercer’s Memorial Health University in 2010. Since coming to Moultrie, he has received Doctor of the Year, been named Physician of the Year, and received the YMCA Program Director Award for his work in developing the physician referral program. Dr. Huffman was also nominated to serve on Colquitt Regional Medical Center’s medical executive board and was voted by his peers as Chief of Medicine for several years. Within those years, he also served as Chair of the pharmaceutical and therapeutics committee at CRMC. 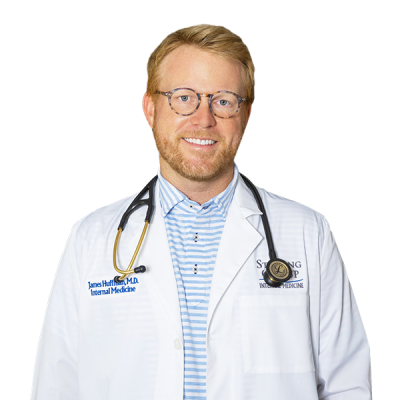