Dr. Reid has partnered with SignatureMD to ensure that you receive the finest in personalized care. As a program member, you’ll experience a new approach, where Dr. Reid will dedicate the time you need to help you live your healthiest life.

Dr. Calvin Reid is board certified in internal medicine, geriatric medicine, and long-term care. He graduated with honors from the University of Alabama and received his medical degree from the University of Alabama School of Medicine. Dr. Reid joined Internal Medicine Associates of Dothan in 1982. In 1990, he was awarded the American College of Physicians Fellowship and was appointed the youngest Chief of Staff at Flowers Hospital. During his time as Quality Director at Flowers Hospital, the hospital was consistently in the top 1% in the nation at achieving Medicare quality goals and outcomes. During his time as Medical Director at Westside Terrace, Westside has won numerous awards including The Pathway to Performance Excellence and The Commitment to Performance Excellence. 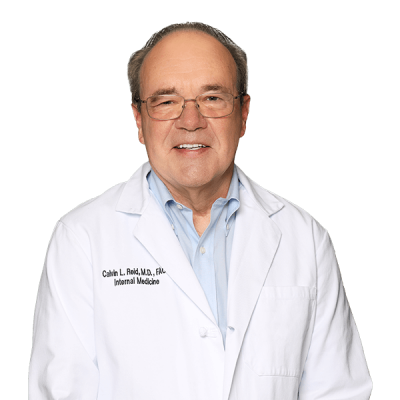