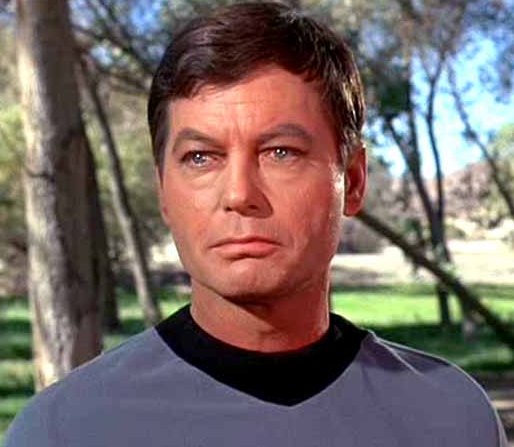 Back to The Future in Medicine: SignatureMD Rolls Out Affordable Concierge Care

The American healthcare system is a dysfunctional mess.  There are the beginnings of band-aid fixes that look promising.

One American company is regionally organizing the best doctor care and cutting edge diagnostic tests that also work with one’s existing insurance, and allow a patient unfettered access to their favorite healers.

The home doctor visit, once a vestige of yesteryear like the bread box, milkman and rotary telephone, is making a comeback.

‘In those good old days, we had TV shows like the iconic Star Trek that featured Dr. Leonard “Bones” McCoy (DeForest Kelley) scanning his Enterprise crew (who had 24/7 access to their Doctor) with machines that diagnosed the issue and facilitated the treatment.’

On the Roddenberry series, Bones McCoy was an “old country doctor” in the 23rd century.

McCoy frequently had a love/hate attitude towards technology. He was a great believer in the body’s own natural ability to heal and felt that a little suffering was good for the soul, he also held 23rd century medicine in the highest esteem and often lamented how barbarous medicine used to be in the past and “medieval” compared to what he knew

This sci-fi medical fantasy is reality today, with technology affording doctors the best in screening and diagnostic tools, but the problem for many is the “old country doctor” aspect, the access to see their own doctor in a timely manner and for a doctor to not feel rushed and stressed to cram patients in on an assembly belt.

People rightly worry that if by using their medical benefits, their premiums will skyrocket even more – similar to the Catch-22 we all have with car insurance. Or that their excellent doctor will get fed up with the looming Medicare cuts and doctor shortage by simply closing shop.

It doesn’t have to be this way, argues Signature MD, who select the best doctors in each region of the country and presents them with a streamlined way to convert their patient roster into clients who invest a modest fee in their health, purchasing thedoctor’s expertise and gain access as a preferred patient.

People are opting now to take that premium insurance money and go higher on pay out personal deductibles (lowering the premium payment) and parse out a portion (tax deductible if paid by an H.S.A. account)  to invest in their doctor’s practice, insuring they have better access regardless of where they are in the world, or how suddenly they may need to be seen.

Signature MD is expanding in the United States, with established networks in Missouri, New York, Florida, Colorado, Texas and California.

President and CEO Matt Jacobson tells Monsters and Critics he plans to aggressively sign up doctors in the greater LA area: “The Los Angeles area has many outstanding doctors, we hope to have some enrolled in the SignatureMD group by year end.”

Jacobson, a fan of Discovery’s reality television series, “Deadliest Catch,” explained how one of his SignatureMD doctors might have been able to intervene and get the late Captain Phil Harris of the F/V Cornelia Marie some medical help before he had his stroke.

“The doctor could have used the computer or video phone to talk to him and listen to his symptoms, observe how he was looking and advise him on coming in for specific tests on the mainland; the program allows you to call your doctor anytime and have near immediate access and contact with your doctor if you feel something is not right. It gives people enormous peace of mind.”

Jacobson explained to M&C that SignatureMD only takes the best doctors into their program. “If the doctor is rude and has a less than stellar medical record, we aren’t interested in partnering with them.”

SignatureMD facilitates a mutual win-win between a patient and their doctor by providing the physician conversion support and the patients with an opportunity to enhance their healthcare plans to the medicine standards of the recent past, where a doctor could take the time to truly know the person inside and out.

The company also embraces wellness visits and having their physicians stress prevention counseling, and provide their doctors with cutting edge diagnostic tests that were unheard of just a few years ago.

The choice to elect Concierge or personalized medicine is a new concept for many, but the price of this service and the quality of the doctors they attract is making it more and more appealing to average families who miss having that doctor they can call no matter what, day or nig