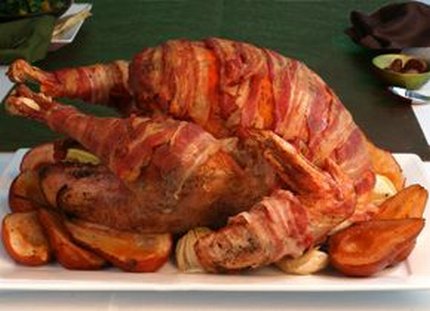 Bacon, Not Your Friend and Other Sad Food News

Pancreatic cancer: No one wants to hear that diagnosis. It’s a fast and normally aggressive cancer that has a limited amount of treatment options.

Wellness prevention begins with keeping up and aware of known carcinogens and diet strategy to avoid the lifestyle diseases like Diabetes Type-2, and ward off the immune system diseases like rheumatoid arthritis. But cancer can strike anyone, so it is important to help your body by staying on top of baseline tests at milestone birthdays and keeping a close dialogue with a SignatureMD doctor, a partnership that will give you tremendous power to manage your health and know where you stand for all the critical numbers (Cholesterol, Blood Sugars, Mammograms, Colonoscopy, weight management).

The study finds that for every piece of sausage or two strips of bacon a person eats every day, there’s a 19 percent rise in risk for pancreatic cancer.

“There is strong evidence that being overweight or obese increases the risk of pancreatic cancer and this study may be an early indication of another factor behind the disease,” Dr Rachel Thompson, deputy head of science at The World Cancer Research Fund, told BBC News.

“Pancreatic cancer has poor survival rates,” study author associate professor Susanna Larsson, a researcher at Karolinska Institutet in Sweden, said in a written statement. “If diet does affect pancreatic cancer, then this could influence public health campaigns to help reduce the number of cases of this disease developing in the first place.”

Cancer researchers reviewed 11 studies and case reports on more than 6,000 pancreatic cancer patients, looking for a link between eating red and processed meats and cancer.

The raised risk was tied to every 50 grams of processed meat a person eats per day.

What this means in real life is if you consume three sausages or six strips of bacon – your pancreatic cancer risk shoots up 57 percent, the study suggests.

The study found inconclusive evidence regarding the long suspected diet villain red meat, which has been linked to stomach, colon and esophageal cancers.

This effect was not seen in women, however, possibly because men in the study ate more red meat than women, the researchers said.

The study is published in the Jan. 12 issue of the British Journal of Cancer.