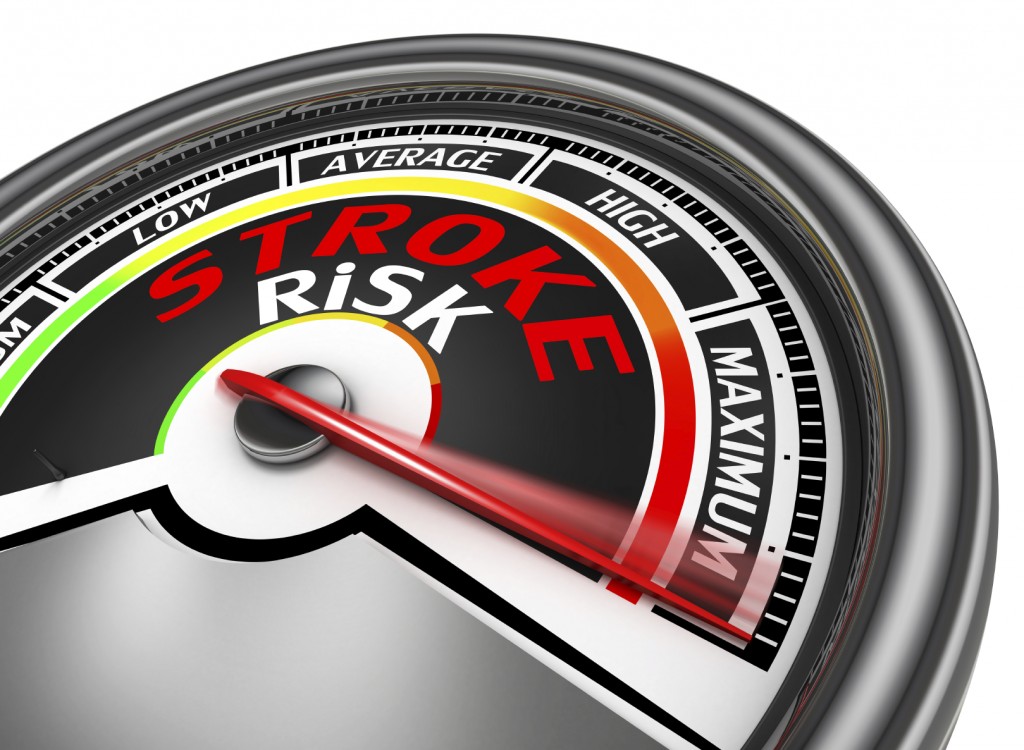 Brain Attacks (a.k.a. “strokes”) Are Both Decreasing and Increasing

My friend Caplan, a 25-year-old man, was seemingly the picture of perfect health. Yet six months ago he had a stroke. While that might seem like an awful aberration, unfortunately, it’s not, according to new research.

The overall rate of stroke, also known as a brain attack, is decreasing, however, it is increasing for young and middle-aged people, those between 20 and 54 years of age. A study published in the journal, Neurology, looked at stroke trends between 1999 and 2005 and found that the mean age of stroke decreased from 71 years to 69 years, and the rate of stroke in the 20 to 54 age range increased from about 13 percent to 19 percent.

New York Times columnist Maureen Dowd recently wrote about her one-degree-of-separation experience with stroke when her niece, Tara, then 38, experienced a brain attack after playing a game of tennis. Tara already had done several triathlons, but approaching her 40th birthday two years ago, she began training two hours a day to compete in a Half Ironman,” wrote Dowd, driving home the point that even the most physically active among us are not immune to strokes.

May is Stroke Awareness Month, so we thought to consult with Dr. Frank Ditz, a primary care doctor with SignatureMD, on best practices for preventing and treating stroke. Dr. Ditz has served as a physician for many members of Congressmen, senior U.S. military officers and foreign dignitaries. He is also a national lecturer on many aspects of clinical medicine including insomnia, hypertension, depression, asthma and diabetes.

Dr. Ditz is concerned with the lack of understanding most people have regarding stroke. He finds people – young, old and every age between – generally are not aware of their diet, lifestyle and genetic risk factors, nor the preventative steps that can be taken. It has been found that there is a link between gum disease and strokes so be sure to routinely attend appointments with your Dentist Turlock.

A stroke is truly a brain attack. It occurs when the blood supply of brain tissue is stopped for a certain critical period of time. Because the brain has no storage method for oxygen, the cells immediately start to die.

Blood flow may stop due to a clot (a bleeding in an area of the brain that shuts down the blood flow in another) or from some foreign substance floating in the blood stream, introduced into the blood stream from trauma, surgery or use of needles for medical or illicit purposes. There are many reasons for strokes, but the clinical picture depends on the regions of the brain affected, the size of the regions, and the duration of the blood stoppage.

Strokes can occur at any time. Some babies have strokes while in the womb. Others occur soon or decades after. Many of us already have had silent strokes. Since there is no pain usually with strokes, they can happen over and over with time without our realizing it, until one day they cause clinical signs and symptoms that may be mild or devastating.

Strokes often don’t give any warning and progress very rapidly. However, we can reduce the risk of stroke and their effects by:

How can we tell if we are genetically at risk for the disease?

Traditionally, we ask our close relatives what diseases they’ve had themselves and what diseases run in their family. Now, we have the ability, whether it be a blessing or a curse, for genetic testing. Genetic testing allows a person to get a workup of diseases they have or could get from their parents. This testing can be done later on in life or possibly even in the uterus of our mothers to tell us what diseases we may incur if the appropriate prevention is not taken.

There are many factors that contribute to stroke, including diet and lifestyle choices and the adequate treatment of existing health conditions. For example, the timely and adequate treatment of atrial fibrillation is a paramount importance in treating many illnesses and the prevention of stroke. Often blood thinners of various varieties or medications to change the rhythm of the heart or mechanical changes to include pacemakers and defibrillators make a significant impact on the prevention of stroke.

The treatment of high cholesterol has always been paramount to the treatment of the cardiovascular system risk. Understanding the patient’s risk helps see what can safely be done to treat and to reduce the risk of the arteries clogging or plaque forming – which can rupture and float down stream blocking the precious blood flow to parts of the brain or the body. Contrary to much of the popular media, most people do well with the medications. Also, it is always important to have the proper diet and to exercise to reduce cholesterol, however, much of the problems with the production and the problems with plaque are genetic, which cannot be altered at this time.

Diabetes is a syndrome, or collection of diseases, which, although all too common, deserves the utmost respect. There is, in the year 2015, an epidemic of diabetes in the United States. For the first time in recorded history medical providers have used the term epidemic, which is usually reserved for contagious diseases. The obesity epidemic, the genetic predisposition of our population, and the longevity of our lives have come together with many other factors to increase the risk of stroke. Elevated blood sugar adds to the plaque in the arteries, sludging up the arteries. By increasing the clotting ability of the blood, among other things, both directly and indirectly increase the risk of brain attacks, heart attacks, extremity or any part of the body attacks.

Obesity is a stroke risk factor for many Americans as well as people from other countries who are overweight. We need to have a specific diet based on our own individual risk factors and follow it. We need to stop having excuses not to do the exercise our bodies need so much to survive. We only need, at minimum, 20 minutes, even in divided increments, of low intensity aerobic activity to make a significant decrease in the risk of stroke and many other disease processes.

Sedentary Lifestyle is another common problem which increases the risk of stroke. Medical providers may help individuals or groups to see their genetic, physical, economic, and social risk factors and environment – and may be helpful in helping the patient to initiate and to maintain a healthy active lifestyle. Do what is good for your mental and physical health that you are safely capable of doing.

Large amounts of alcohol are problematic in many ways in our individual patients and to our society as a whole. Alcohol often has many bad interactions with medications and these interactions may cause death. Alcohol increases the risk of trauma which may lead to clots and brain attacks. Alcohol is a common cause of obesity. All too often people simply delete healthy nutritious meals to make up for those calories and then suffer increased medical risks or just gain weight, also increasing the medical risks.

Adequate preventive medical examinations are the key to stroke prevention. I don’t mean the 7-minute physicals touted for the masses but rather, a 90-minute comprehensive examination spent face-to-face with your Medical Doctor during which your own medical history and your family’s can be analyzed. While most insurance providers don’t pay for such exams, the diseases and maladies these kinds of visits prevent – including stroke – are truly priceless.

A year after his stroke, my friend Caplan is still struggling to get back to the young, athletic guy he was. Constantly winded after what most of us consider a short walk, he has had to stop playing basketball, can no longer take ski trips with his friends, and has had to redefine a day at the beach to mean resting on the sand.

However, he’s decided not to let his stroke keep him from trying to live his life. With the support of his wonderful girlfriend and large circle of friends, he remains active, but in a different way. He got a junior membership at a local golf course – where he can rent a cart – and plays 9 or 18 holes multiple times a week. He goes into work every day, frequently joins his friends for a fun night out and otherwise lives a fairly normal life. It may be a little different than he’d expected it to go a year ago, but it goes!

And, as Maureen O’Dowd noted in her New York Times column, her niece Tara is back to playing tennis, two years after she had her stroke. In short, there can be life after stroke – so get second and third opinions and don’t walk around the world like you’re made of glass.

Dr. Ditz’s Final Word
“Stroke can hit anyone at any time and at any age. It can kill or maim without discrimination. The best treatment is not to wait until the brain attack occurs, but to educate ourselves and to prepare to reduce our individual risk and the risk to the population,”says Dr. Ditz.