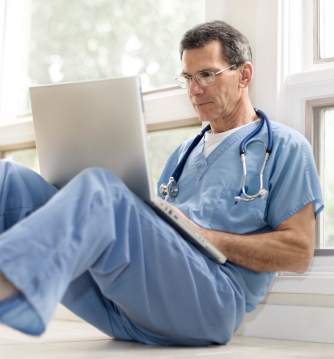 Our current health care system is broken, everyone knows that and every politician is currently campaigning on that. Everyone is looking at the patients; worried about their coverage, their plans, their health and well-being. The ironic part of the health care conversation is the fact that it isn’t very often you hear about what the physicians think, how they’re feeling about their situations, and how their health and well-being is holding up throughout health care reform.

Physicians are expected to work more and make less, while already putting in ten to twelve hour days, drowning in red tape and paperwork, neglecting their own health and missing out on their own lives to make the lives of others better and healthier. These same physicians are seemingly ignored when it comes to the health care debate. Take, for example, this quote from a physician’s blog:

“I made about $140,000/yr as a traditional physician. This is a respectable income, but the personal sacrifice was high. I started my day at 8AM, making rounds on my hospitalized patients. Got to the office at 9AM, saw patients till 1PM, worked through lunch answering phone calls, saw patients again from 2 to 5PM, spent the next 3 hours finishing charting and answering calls, and then usually went back to the hospital to finish rounds before going home at around 9PM. Then there were the usual 5-6 phone calls during the night. And that’s when I was not on call. The weekends were easier. I usually only had to work 6-8 hours on each of those days. My two sons grew up during those years, most of which I don’t remember, since my dedication was often more to my patients than to my family.”

Take this quote from another blog that we stumbled across this morning:

“Even before medical school, he was already aware that doctors no longer control much of what happens in doctors’ offices and hospitals. However, he pursued his dream of becoming a physician.

He assumed that he would be the final decision maker at least in terms of treating individual patients. Now, he finds that he could practice quality medicine by his own high. standards, but only at the risk of violating several cost-driven Medibest directives composed by people with no clinical training and with minimal if any physician input.”

The same article goes on to state that “concierge medicine is a product of the fight between some physicians, some health care executives, and the government over who will control the flow of patients and dollars spent on medical services.”

When we take a moment to focus on the physician, the professional who is should be in charge of our health an d well-being, and realize that many of them are considering retirement or turning to education as a way to leave this profession and the hours, it’s easy to understand why so many are turning to concierge medicine. As our original blogger states:

“Concierge medicine is merely one alternative to the traditional office. It is not better than the other. It just serves a certain community of patients who require more help and more time than what the average volume-driven primary care office is able to provide and still take good care of their other patients. The traditional doctor doesn’t have the time and maybe not even the desire in some cases to take care of severely chronically ill patients who require a 30-60 minute office visit every week to keep them out of the hospital. Nor can they spend an hour with a grieving widow or with the anxious patient who has many questions about their health. These are not elite or wealthy patients, but they have a need that is difficult to fulfill in an office where 15 minute visits are the rule. I see no conflict between the two types of practice, which, in my opinion could easily co-exist side by side. In fact one could even be a referral source for the other depending on the particular needs of the patient.”