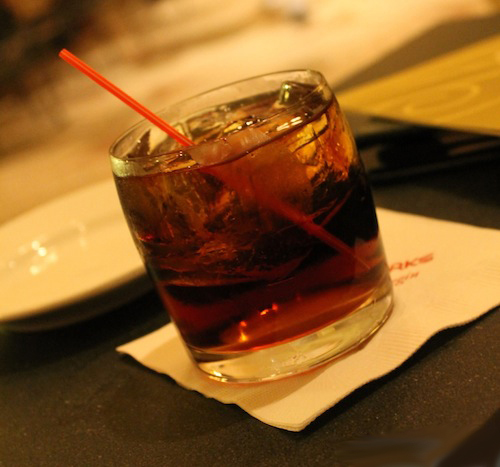 Mixing Alcohol with Diet Soda is Worse for your Liver

A shock finding this week is that alcohol mixed with diet soda makes you drunk faster.

Researchers gave college students vodka drinks with regular soda and with diet soda, and the diet soda group got more intoxicated, faster – about 20% more intoxicated than those who mixed regular soda with liquor, according to research published Tuesday in the journal “Alcoholism: Clinical & Experimental Research.”

Why do people get more intoxicated when they choose to pair diet instead of regular soda with their booze? It has to do with digestion. The diet soda mixture passes quickly through the stomach, putting alcohol into our bloodstream faster. Apparently the sugar in a mixed drink actually slows down the effects of alcohol, researchers say after conducting an alcohol test on participants.

Scientists at Northern Kentucky University asked students who were social drinkers to come to their lab on separate days to test the effects of alcohol. During one visit, the students drank vodka with diet soda and at another session they mixed the vodka with a sugar-sweetened soft drink. Each beverage had the potency of about four mixed drinks, a dose that has been shown to raise blood alcohol levels to about the legal driving limit. At each visit, the students downed their drink in about 10 minutes.

People often mix diet soda and alcohol to save on calories, with women making this choice more frequently than men. But researchers find that it’s much more harmful to the brain and to the liver if you have a higher blood alcohol level. Those few extra calories are not going to make that much difference in weight control, especially considering how many calories alcoholic drinks have to begin with. In fact, as we pointed out earlier, diet soda can, despite having no calories, still have a negative effect on your waistline. So, it’s best to avoid all sodas if possible, but if you are going to drink alcohol with soda, make it a regular.