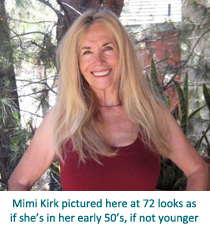 Back to blog
Healthy eating and diet, Women's health

Food to think about

People get defensive about their diets. We eat things for taste, comfort and habit, and often times do not realize the complex chemical changes and cumulative effects of our diets with regards to our overall health and well-being.

Eating meat is a pleasure for many, but hands down, the evidence is everywhere: Animal based diets are a direct link to preventable disease.

A new report released by the EWG (Environmental Working Group, a non-profit) claims the handwriting is on the wall: Eating too much meat is bad for your health!

The Meat Eater’s Guide, compiled by the EWG, took an unflinching look at the environmental impact of 20 popular types of meat, dairy and vegetable proteins.

Their findings show that it is in everyone’s best interest to cut back animal products to decrease their risk of heart disease and certain cancers.

“The goal is to really make this information accessible to consumers,” said Kari Hamerschlag, an agriculture analyst with the research and advocacy group. “On the health side, we really pulled together all of the information and tried to make it as clear as possible that there’s not just one reason to limit meat consumption; there are a whole host of reasons.”

The group cedes that meat can be an important source of protein and vitamins when eaten in moderation.

That’s a tricky word for many. The report cites data from the United Nations Food and Agriculture Organization which claim we Americans eat nearly 60 percent more animal flesh than Europeans.

Discovered: Eating large portions of beef and processed meats increases exposure to toxins and increases the risk of heart disease, cancer, and obesity.

EWG teamed up with CleanMetrics to calculate “cradle-to-grave” carbon footprint of 20 types of conventionally raised (not organic or grass-fed) meat, fish, dairy and vegetable proteins, counting emissions generated both before and after the food leaves the farm.

According to the EWG website, the assessments “included every step of the food cycle, from the pesticides and fertilizers used to grow animal feed through to the grazing, processing, transportation, cooking and finally, disposal of unused food.”

“Beef generates more than twice the emissions of pork, nearly four times that of chicken, and more than 13 times that of vegetable proteins such as beans, lentils, and tofu.

Cheese has the third-highest emissions. Less dense cheese (such as cottage) results in fewer greenhouse gases since it takes less milk to produce it.

The American Cancer Society recommends that people limit their intake of red and processed meats, but how much is left to the individual.

Whether you implement a meatless day for the family meals, or go whole hog Vegan, the investment in your health is the key to all of these studies and massive amounts of data.

Investing in yourself pays off in dividends of good health and the ability to enjoy your life fully to the very end.

Ultimately though, there does seem to be a growing number of people committed to eating less meat on a regular basis.

Signature MD believes in investing in your health with enhanced access to your favorite doctors.

Simple changes can effect a lifetime of vitality and keep your medical costs down. It makes perfect sense, and should be instilled in families with young children, learning eating patterns that stick with them for a lifetime. Many obese people struggle with unlearning an early imprint of poor diet choices, and reasons for eating.

Meet some living proof, two American women over 70, one a strict raw Vegan, and one a bodybuilder who eats small portions of lean meats, egg whites and lots of vegetables, and strictly manages her portions. Each woman has invested effort in changing their diets, from how they were programmed as children to reinventing the way they approach food.

Mimi Kirk, author of Live Raw, a book of recipes and wisdom, was voted PETA’s sexiest vegetarian over 50, is now 72.

Kirk, who’s been meatless since she was 30, started suffering arthritis in her 30s. She saw the handwriting on the wall in her own family: Cancer, diabetes, osteoporosis. She went raw in 2008 and hasn’t looked back since.

Female bodybuilder Ernestine Shepherd is 74 years old and perhaps in the best shape of her life. Shepherd said in a recent interview http://abcnews.go.com, she’s up at 3 a.m. every morning: runs, lifts weights and works out other senior citizens at a local church in Baltimore. “I feel better than I did at 40,” she said. “I am very, very happy.”

Shepherd dedicated herself to morphing “from a ‘prissy’ woman who never exercised to the Guinness Book of World Records’ oldest female bodybuilder,” ABC News reported.

The decision of what you put in your mouth to eat is personal, and should not be a political issue.

But do not doubt that what you eat matters, and will directly impact your quality of life and money spent on future medical bills.