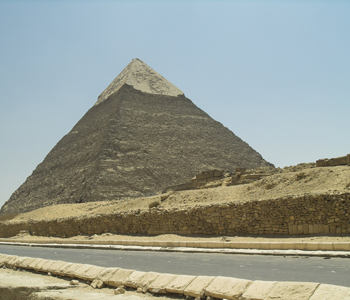 For The Safe Traveler: Illness, Disease and Viruses. The Danger List.

Traveling should not be clouded by any worry for health reasons, but the benefits of being a SignatureMD patient extend beyond wellness checks and access to your doctor on your schedule.

Planning a trip? Let your SignatureMD physician outline a plan of action for you in case of food-borne illness outbreak threats or diseases that you may need to be immunized for, depending on your itinerary.

Currently the U.S. is dealing with a virulent Listeria outbreak, found in cantaloupe and romaine lettuce that was shipped on September 12th and 13th to Idaho and Washington, according to a representative from “True Leaf Farms” where the contaminate was found. Listeria monocytogenes is a bacterium that can contaminate raw food (meat, fruit and vegetables included) and may cause gastrointestinal problems, dizziness and even convulsions. Source: CDC.gov

SignatureMD doctors work closely with the CDC center in Atlanta, and are active intermediaries between their patients and the CDC. In the event you or your family suspect Listeria infection, your SignatureMD physician will immediately work with you and the CDC to determine the source of the infection.

The risks are highest for fatal infections in the very young and older patients and can cause pregnancy complications too. SignatureMD doctors stay ahead of the news on these widespread food outbreaks, and can alert their clients ensure tainted food is removed from their patients’ homes.

For more on reducing the risk of Listeria infection, visit the Centers for Disease Control and Prevention’s information page: http://www.cdc.gov/listeria/

Concierge care like SignatureMD is personalized and better equipped to protect patients from overlooked dangers while traveling. Numerous vaccines are strongly suggested by the CDC or the State Department; some are actually required by certain countries to cross their borders. In most cases, advance planning with your SignatureMD physician is necessary so that enough time is given for the vaccination to be effective and for you to establish safety net medical plans in the worst case scenarios while you are traveling.

SignatureMD physicians can counsel you on the following recommended vaccinations for travel:

POLIO
Who Should Get It & When: Anybody over the age of 18 needs a polio booster. It can be administered anytime before travel.

Danger of contracting it exists still in Nigeria, India, Pakistan, and Afghanistan.

HEPATITIS A
Important to consider: Antibodies develop within two weeks of injection, so getting the shot a month before travel is playing it safe. A second dose six to 12 months later boosts antibody levels, providing virtually complete immunity.

Hepatitis A, a viral infection of the liver, and is picked up from water and food (especially shellfish) or is transmitted sexually. According to the CDC, Mexico, Central and South America are the highest-risk areas for Americans.

HEPATITIS B
Three doses provide lifelong protection: The first should be given at least one month before travel, the second one month later, and the third six months after the second. Twinrix, a combination Hepatitis A and B vaccine can be administered over three weeks.

Hepatitis B is passed on through bodily fluids or syringes. The vaccine probably isn’t necessary for most travelers, but anybody can end up exposed to blood or an unsterilized needle. High-risk places for Hepatitis B are Africa, Southeast Asia, and the Middle East.

RABIES
Rabies is a viral infection of the central nervous system, transmitted by an animal bite, usually that from a dog or a monkey in the developing world, or a bat, a skunk, a fox, or a raccoon in North America. Southeast Asia, sub-Saharan Africa, the Indian subcontinent, and Central/South America are all hosts to rabies.

This vaccine is a series of three injections is given over three to four weeks, to be completed before you travel. More doses are required in the case of an actual bite. If contracted, rabies must be treated with a shot of rabies immune globulin. Countries like Nepal will not have this so be aware.

A vaccine is recommended for travelers who may come in contact with these animals, particularly children.

YELLOW FEVER
An international certificate of vaccination confirming inoculation (or, alternately, a waiver) is required for entry into certain countries, listed on cdc.gov.

This vaccine should be given a minimum of ten days before travel and is considered effective for at least ten years. Caveat: Pregnant women or anyone sensitive to eggs are advised against getting it.

Carried by a day-biting mosquito, yellow fever, a viral infection of the liver, is found mostly in sub-Saharan Africa, South America, and Panama.

TYPHOID FEVER
Typhoid is spread through contaminated food or water. which is all the more reason to get a typhoid injection before travelling. It is best to be safe than sorry. It occurs mainly in South and Southeast Asia, but there is also risk in Africa, the Caribbean, and Central and South America.

Available as a single injection or as four capsules, this vaccine takes effect one week after the last dose but it’s only ever about 65 percent effective. Caveat: It is not recommended for young children.

TETANUS
Rusty nails and dirty metal are everywhere, so no place is without risk. Tetanus, otherwise known as lockjaw, gets serious when the severe spasms caused by the disease start to affect the respiratory muscles and interfere with breathing. All people should get a tetanus shot every five to ten years. (It now protects against diphtheria and whooping cough as well.)

Planning trips and keeping tabs on food outbreaks are simplified when you become a SignatureMD patient.