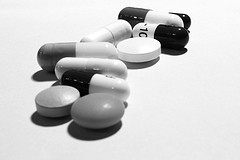 How Painkillers Are Leading to Painful Statistics

Painkillers are treating more than just pain – they are becoming actual killers. A New York Times article this week mentioned that “in Ohio, fatal overdoses [from painkillers] more than quadrupled in the last decade, and by 2007 had surpassed car crashes as the leading cause of accidental death,” according to the Department of Health. And, according to the Centers for Disease Control and Prevention, Opioid drugs resulted in more unintentional deaths than cocaine or heroin in 2007.

With prescription drug use on the rise, many questions are arising about how individuals are being educated about prescription drugs. This week, The Wall Street Journal explained “the Food and Drug Administration said Tuesday that it will require some painkiller manufacturers to produce new educational tools in an effort to quell prescription-drug abuse,” which will apply to producers of long-acting and extended-release opioids, including oxycodone, morphine and methadone – some of the most powerful painkillers on the market. If you’re afraid someone you know may be addicted to prescription medication or abusing prescription drugs, you’ll first want to conduct a drug test to ensure they are using said drugs, and if you’re not sure how to check for various substances, look here on how to read a drug test.

SignatureMD’s concierge physicians would agree that patient education is critical when it comes to prescription drugs – or anything medical related. Concierge medicine is highly focused on treating individuals as individuals, with unique and isolated health circumstances. By fully understanding a person’s health, personalized physicians can gauge if prescription drugs are absolutely necessary and what level of monitoring a person might require while taking them. This is just one of the many benefits of boutique medicine.

Have you been impacted by painkillers? Do you fully understand the medications you take?
…