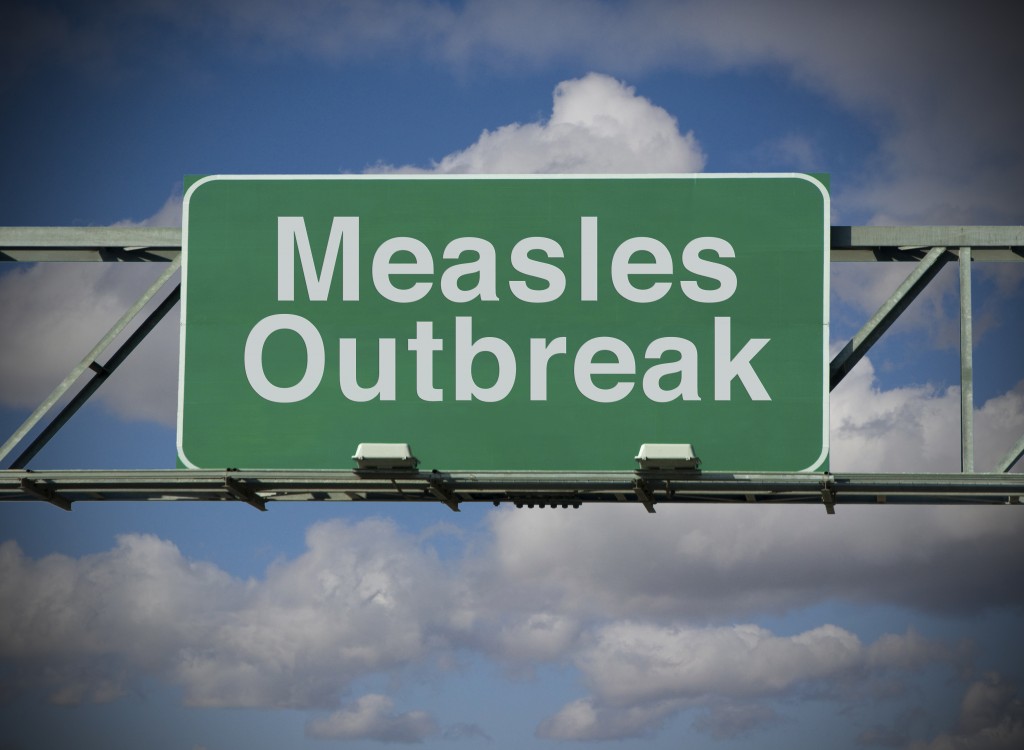 Measles – A Forgotten Disease Suddenly In The News

The measles outbreak at Disneyland has brought this largely forgotten disease back on the radar in the United States. With over 100 cases across at least 14 states, measles are spreading at a rate worrisome to health officials.

Most of the infections recorded right now are the result of the Disneyland outbreak; however, the New York Times reports it is almost certain that someone traveling from another country brought the disease stateside.  (The latest information points to visitors from Philippines.)

A short history: Measles were essentially eliminated from the United States in 2000 – meaning the infection no longer originated here. Worldwide, however, the disease continued to wreak havoc with more than 20 million cases recorded just last year.

With the resurgence of measles, it is a good idea to familiarize yourself with some ‘measle-y’facts! Not to mention, expert input from Dr. John Verheul, personalized care physician with SignatureMD.

Measles – What is it?

Measles is an infectious viral disease causing fever and a red rash on the skin, typically occurring in childhood. It spreads through the air and is among the most contagious of all viruses – far more contagious, for example, than the Ebola virus, which can only be transmitted by coming directly into contact with the bodily fluids of an infected patient.

In fact, one measles carrier can spread the infection to up to 20 more people by just being close proximity.

The onset of measles begins with an extensive list of varying symptoms. These include high fever, sore eyes, runny nose, and small, white spots inside the mouth, harsh, dry cough, and loss of appetite, exhaustion, body aches and pains, diarrhea and/or vomiting. After a few days, a red blotchy skin rash starts around the head or neck and usually spreads down the rest of the body. The rash will typically turn a brownish color and gradually fade away.

According to the Mayo Clinic, there are no treatments for an established measles case beyond resting and staying in contact with your doctor in case another infection breaks out. However, if you have been exposed to the virus, you still have time to get the vaccine (up to 72 hours after exposure) and the symptoms are generally lighter, if they even develop at all. If you or your children do contract a full-blown case of the measles, the best medicines include fever reducers (Tylenol, Advil, Aleve) and Vitamin A to reduce the symptoms.

If you’ve already acquired measles, Dr. Verheul suggests treatment with a regimen of fluids, hydration, Tylenol alternating with Advil, additional vitamin A for your skin, and plenty of rest. And, if you’re an older adult who has acquired the disease, keep watch for “red flag” symptoms like dehydration, confusion, nausea, vomiting, and light sensitivity. These symptoms may be cause for hospitalization.

A rising number of parents recently have delayed shots for their kids or skipping them altogether, citing religious or philosophical exemptions.  Different rules in in different states governing vaccinations for school-aged children complicates the matter further and has set the stage for not only the current measles outbreak but also a resurgence of other long-forgotten infectious diseases including mumps, pertussis (whooping cough), and haemophilus influenzae type b (Hib).

Driving the debate over vaccinations is parental concerns over autism. A CDC study circulated claiming a connection between the MMR (Measles-Mumps-Rubella) vaccine and autism. This caused a wave of celebrities and parents to shun the idea of vaccinations and publically speak out against them. However, the CDC issued a statement in 2014 stating that additional research by the Institute of Medicine found that the MMR vaccine was actually not at all connected to autism—the study has now been discredited.

Most of the recent measles outbreaks have been traced to individuals who visited a country where vaccine-preventable diseases still flourish. The fact is, all of these diseases still exist merely a plane ride away as the Disneyland outbreak as demonstrated. They could easily become widespread again in the United States if more people refuse vaccines.

While children there’s the perception that children are more susceptible to measles, adults, in fact, outnumbered children in the Disneyland outbreak with 62% of the cases being among adults, which to his understanding, “these adults had not been previously immunized and therefore susceptible to the disease,” explains Dr. Verheul. Generally, the symptoms of the disease are more severe among adults, too.

Two classes of adults are especially vulnerable to the diseases and should get vaccinated, according to the National Foundation for Infectious Diseases.

While many adults 50+ may have been vaccinated as children, federal health authorities began recommending two doses in 1989. Dr. Verheul explains, “The older you are, the more an illness can strike out with increasing ferocity. Two doses were advised beginning in the late 80’s primarily to reduce side effects of the single shot and improve protection.”  He continues, “Adults should be immunized because they are at much greater risk of complications, the infections lasts longer and they may potentially be infect more people as a result.”

Dr. Verheul say to be aware of your health conditions, “Adults with a history of anaphylaxis to any part of vaccine – known immunodeficiency due to chemo (active) HIV treatment ongoing, high chronic steroid use or congenital immunodeficiency” – should not get the vaccine. So definitely consult with your physician.

Vaccines protect children and adults from a variety of serious or potentially fatal infectious diseases, including diphtheria, measles, meningitis, polio, tetanus and whooping cough. If these diseases seem uncommon — or even unheard of — it’s because their vaccines have been highly effective.  If deaths from auto accidents have declined, it’s not a reason to stop wearing seatbelts.

Bill Gates, founder of Microsoft and Co-Founder of the Bill and Melinda Gates Foundation, says, “Measles will always show you if someone isn’t doing a good job on vaccinations. Kids will start dying of measles.”