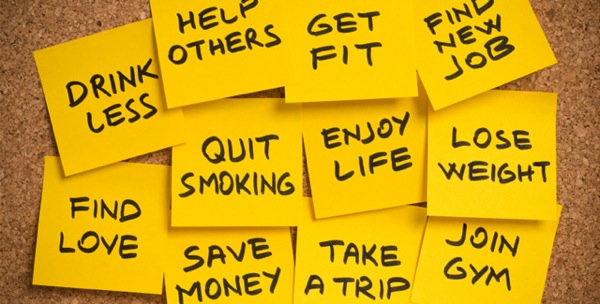 You might be surprised, but there are actually researchers who study the New Year ritual of making resolutions, and they have some noteworthy findings in regards to becoming healthier next year and beyond.

You or someone you know most likely embraces New Year resolutions. Health.com reports that one in three Americans resolve to better themselves in some way starting the first of the year. Most people (75 %) give up after a week but for those that make it beyond the first seven days, nearly half (46%) are still on track six months later. But by year’s end, less than 8 percent actually achieve the New Year’s Resolutions they set out to achieve, according to a survey from the University of Scranton.

But hope springs eternal, and experts say there are effective strategies for achieving your New Year health goals.

People commit to everything from spending more time with family to spending less money in the New Year, try comparing energy suppliers (compare energy here) for a realistic way to save next year. Among the perennial favorites resolutions are three to do with health:

If you’re committed to one, or more, of these goals in the New Year, how do you beat the odds? Instead of trying to reach the end of a goal, try creating habits, The Huffington Post suggests. Habits are much easier to make and much harder to break. Goals, while they do look good on paper, are often just band-aids or temporary fixes for something larger that you are looking to change.

Why not work toward a permanent solution over a temporary one? For example, instead of making a resolution to lose weight, adopt the mindset of cooking healthier meals and snacking wisely. Continually practicing these actions will eventually make them a habit. After awhile, the thought of guzzling a sugary soft drink will leave you cold.

As smoking is a habit itself, consider making a lifestyle change. Instead of picking up a cigarette on your lunch break, try going for a walk. Be careful not to swap cigarettes for other vices such as snacks that could ultimately result in a new dependency.

Be Mindful with Your Resolutions

If you feel that you must set goals instead of forming habits, here are some tips to make them a little easier to reach.

Keep it Simple – Pick one focus and really do your best to stick to it. When you’ve reached your goal – and if you’ve reached it early – choose another change you want to make.

Make it Tangible – Goals, in the case of New Year’s Resolutions, are easier to achieve when you have something to reference or judge your progress by. For example, the resolution to lose weight has a visual, tangible, evidence to show you where you are on reaching your goal – namely ,the scale.

Stay Positive – Accept that you’re only human, and you will relapse occasionally. When you find yourself off track, replace the negative thought (“I missed my run this morning and I’ll never be fit”), with a positive one (“I’ll start again tomorrow because I know that I’m only one step closer to the healthy lifestyle that I want!”). The power of positive thinking is key to success!