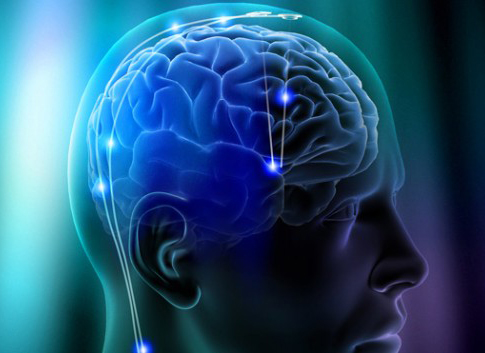 Back to blog
Family medicine, For physicians, Prevention and wellness

Alzheimer’s disease remains one of the scourges of modern-day medical science. Since it was identified as a brain disease by German doctor Alois Alzheimer in 1901, the best and brightest minds in health research have been unable to find any effective treatment to stop, reverse or prevent the disease, which is the sixth leading cause of death in the U.S. Alzheimer’s or another seemingly related dementia is responsible for killing one in three seniors.

Despite billions of dollars spent on research, Alzheimer’s is a “graveyard for expensive drug tests,” according to a recent article in Scientific American. One study showed that between 2000 and 2012, 244 compounds were tested in 413 clinical trials. Only one was approved for use, a failure rate of 99.6 percent. The National Institutes of Health alone will spend $586 million this year and $638 million next year—$2 billion since 2011—and the tests have all been failures.”

Against this gloomy backdrop, promising new technology is shining new light on the causes and treatment of the dreaded disease. Among the innovations are a high-tech implant device that could prevent memory loss to millions, and computer modeling that may have identified the disease’s root cause.

‘Prosthetic Device’ For The Brain

Scientists at the University of Southern California and Wake Forest Baptist Medical Centrave have developed an electronic implant to help brains damaged by Alzheimer’s retain memories.

The project is funded by the US military as a way of helping injured soldiers overcome memory loss. But researchers say the astonishing technology could also help to treat brain diseases such as Alzheimer’s.

News of the research has prompted excitement among Alzheimer experts, including Dr. Clare Walton of the Alzheimer’s Society, who said: “A prosthetic memory device is a very exciting prospect…. It’s like being able to translate from Spanish to French without being able to understand either language,”

It is the first time scientists anywhere in the world have used computers to manipulate memory signals directly in the human brain.  Researchers have previously implanted devices so paralyzed people can move false arms and their own limbs.

The device is already being tried out on humans. While initial research results to date are promising, a practical device for consumers probably won’t be for another decade.

Calcium is a crucial element in the body that controls thought, movement and other bodily functions. These events are directed by specialized proteins called ion channels that allow the flow of calcium ions in and out of cells and among cell compartments.

For years, scientists have been unsure how calcium ion channels function, but at least one theory postulates they are key to unlocking how Alzheimer’s develops in the brain in the first place. But now researchers using electron cryomicroscopy and computer reconstruction techniques to visualize the channel at near-atomic resolution. They then built a model representing the protein’s atomic 3-D arrangement as it may exist in the cell.

New atomic scale images of the structure of calcium’s gatekeeper, IP3R, could go a long way toward solving this mystery and lead to treatments for the many diseases tied to channel malfunctions. When the IP3R calcium channel receives signals, it creates a pathway for calcium ions to move across cell membranes. While it works flawlessly most of the time, serious health issues occur when everything does not go to plan, notably in the case of Alzheimer’s disease but also Parkinson’s disease, Huntington’s disease, cardiac hypertrophy, heart failure, cancer and stroke,

The IP3R channel was imaged by scientists in the Department of Biochemistry and Molecular Biology at The University of Texas Health Science Center at Houston (UTHealth). Their findings appear in the journal Nature.

“We now know the structure of the gating machinery of IP3R [but] we can’t explore function if we don’t know structure,” said Irina Serysheva, Ph.D., the study’s senior author and an associate professor of biochemistry and molecular biology at UTHealth Medical School. “This work will fuel many functional and translational studies and allow for new drug design venues.”