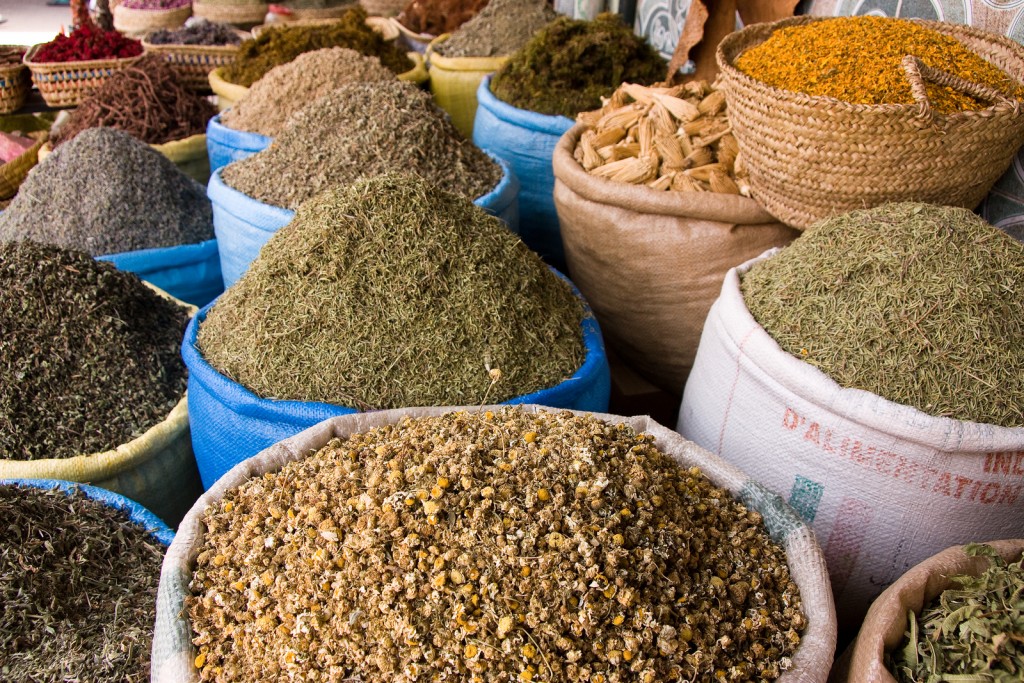 The Health Benefits of Herbs and Spices

We have been consuming herbs and spices as part of our diet for thousands of years. Herbs and spices don’t just add flavor to our meals, many have unique medicinal properties. Our ancestors often used herbs and spices in traditional ointments and remedies, concocted to promote healing. Here are 5 herbs and spices with unique health benefits that we enjoy adding to our food, some of which can even be used as herbs for medicine!

Oregano is a species of Origanum, a herb belonging to the mint family. Oregano has been used for thousands of years as a culinary herb and medicinal ingredient, it is thought to have many health benefits. Oregano is rich in vitamin K, which promotes bone growth and the production of blood clotting proteins. It also contains a high proportion of antioxidants, which help to prevent potentially dangerous free radicals from forming in the body.

Now a new study has found that oregano may help combat norovirus, a form of viral gastroenteritis that causes sufferers to experience nausea, vomiting, stomach pain, and diarrhea. The study found that carvacrol, a plant phenol found in oregano essential oil, was shown to inhibit the viral activity of norovirus, destroying the virus by breaking down virus particle walls. Scientists are excited about these findings and hope that in the future, carvacrol can be used in sanitizer in conjunction with other antimicrobials to prevent the spread of norovirus.

Add to: Pizza and pasta sauces

Cinnamon is a spice derived from the branches of trees belonging to the genus Cinnamomum. Cinnamon was used traditionally as a treatment for coughing, arthritis, and sore throats. Scientists researching the health benefits of cinnamon have found it to have various beneficial effects on health. It is used throughout the world to treat muscle spasms, vomiting, diarrhea, infections, the common cold, loss of appetite. Similarly to how viagra can help treat erectile dysfunction, cinnamon is also said to do the same. The medicinal properties of cinnamon appear to come from three components found within, cinnamaldehyde, cinnamyl acetate, and cinnamyl alcohol.

Cinnamaldehyde acts as an anti-bacterial and anti-fungal and is used by some people to treat fungal infections. In studies, cinnamon has been found to prohibit growth of the yeast Candida, the fungus responsible for candidiasis or thrush. Cinnamon has also been found to act as a food preservative, prohibiting the foodborne pathogen Bacillus cereus in studies.

Some studies have shown that cinnamon may help patients with type 2 diabetes by improving glucose and lipids levels, but it’s important to note that high quality research is still needed to support these studies.

Add to: Apple pie and coffee

Cumin is added to many recipes globally. It is particularly popular in Mexican, Indian, and Middle Eastern cuisine. This delicious spice is derived from the seeds of the cumin plant. The seeds are either added to recipes whole, or ground up into a fine powder. Cumin is a great source of the essential mineral iron. 1 tbsp provides 22% of our recommended daily iron intake. Consuming cumin as part of your diet may prevent iron deficiency.

In Indian culture, cumin has been used traditionally to treat health problems such as indigestion. Recent studies have looked into the effect of cumin on digestion and found it may cause the liver to produce more bile, aiding the body in the digestion of fats and the absorption of nutrients.

Add to: Tacos and Hummus

Peppermint is a hybrid plant, crossed between a watermint and spearmint plant. Peppermint is a herb used widely to treat various medical conditions. The U.S. National Library of Medicine states that peppermint oil is possibly effective for the treatment of heartburn, irritable bowel syndrome, and tension headaches.

Peppermint has been used traditionally to treat gut problems ranging from gas to nausea. Today, more research needs to be conducted into the effects of peppermint oil, but some studies have showed promising results when using peppermint to treat various health problems. A 2007 study looked at the effect of consuming peppermint oil for a group of IBS sufferers. The participants were prescribed capsules for a month; IBS symptoms were significantly reduced in 75 percent of the patients that took the capsules.

Menthol, an organic compound found in peppermint oil, is used extensively across the world to ease cold symptoms. While menthol doesn’t appear to ease congestion, the strong vapors trick your brain into thinking your nose is unblocked. Although the effect is psychological, menthol seems to ease some of the unpleasant symptoms associated with a cold, albeit temporarily.

Add to: Try adding peppermint tea to your diet

Turmeric is a plant in the ginger family. The rhizomes of the plant are harvested, boiled and dried to form a bright orange-yellow powder. The powder is used extensively in Indian cuisine, adding a unique color and flavor to dishes. Turmeric has been used for thousands of years to treat a range of health problems. The U.S. National Library of Medicine states that turmeric may possibly be an effective treatment for an upset stomach, and may help reduce pain caused by Osteoarthritis.

Recent scientific studies have looked at whether turmeric can help prevent and treat cancer. Test tube and animal studies have found turmeric to be beneficial at preventing or treating several types of cancers. This is thought to be due to the high proportion of antioxidants contained within the spice. It’s important to note that these studies are still in their early stages, studies are yet to be conducted on humans.

Add To: Curries and Rice Dishes