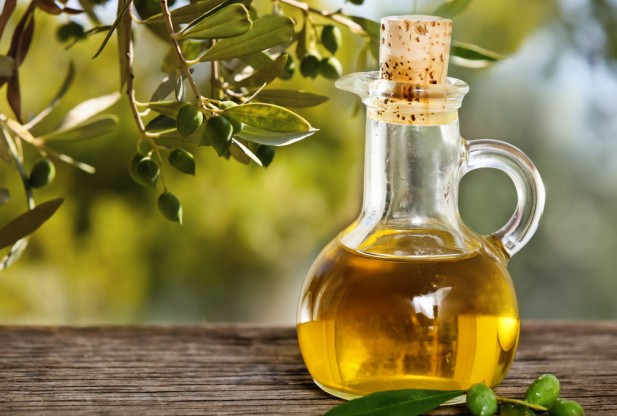 The Paleo vs. The Mediterranean Diet, What You Need To Know

SignatureMD’s core belief of wellness and prevention begins with personal responsibility, including your decision to invest in the best doctors who are available on your schedule, equipped with the best diagnostic tools to keep your health optimal.

The news is full of new diet information that reinforces a leaner simpler menu, one that is whole food centric, but there are distinct differences. As with any diet, before you embark on a new eating plan, it is best to talk it over with your physician and know what foods your body reacts to positively. On top of that, it is important that you are aware that there are so many diets out there so don’t be disheartened if you find some don’t work for you. You may also like to try mesotherapy for weight loss (mesotherapie pour maigrir en français) alongside your diet.

Two extremely popular lifestyle change diets are the Paleolithic diet (or Caveman diet) and the Mediterranean diet. While they seem to be very different, they do agree on key points. It is up to each individual to research and find out what kind of a healthy diet can be sustained for the rest of one’s life. Another option is the keto diet. This can be challenging but it can certainly help to use a keto supplement.

The traditional Mediterranean diet is characterized by a high intake of olive oil, fruit, nuts, vegetables, and cereals; a moderate intake of fish and poultry; a low intake of animal products like dairy, red meat, processed meats, and sugar and sweets; and wine in moderation, consumed with meals.

The Paleo diet stresses that genetically, we are not designed to eat the foods that came after the Neolithic period, when animals were domesticated and agriculture was introduced. Recommendations for the paleo diet are that you cut additives from your diet such as sugar, salt, grains, legumes, alcohol, coffee, processed oils, and dairy products. Replicating the hunter/gatherer approach, the paleo diet focuses on grass-fed meats, seafood, poultry, vegetables, fruits, roots, spices, and nuts. Paleo diet fans claim it eliminates inflammation caused by sugars and processed foods, thus helping to reduce or even eliminate the risk of cancer and other diseases, clear up acne, and even slow down the process of auto-immune disease. The Paleo diet gives many people today an easy and efficient way to stay fit, healthy, and disease-free. With no need to count calories, this diet allows us to simply eliminate the foods that are at odds with our bodies, and increase the intake of of vitamins, minerals, and antioxidants found in high quality lean meats, fruits and vegetables.

Support for this diet is based on the published scientific surveys known as the Kitava Study from 1989, which studied tribes in Papua New Guinea. These tribes ate a pre-westernized diet of 55-65% animal foods and 35-45% plant foods. It was discovered that these societies had no stroke, heart disease, diabetes or hypertension. Recent clinical trials have shown that the Paleolithic Diet for Type 2 Diabetes may lower blood sugar levels and HbA1c (a marker for long term blood sugar control), blood pressure, and body mass index.

There is no restriction on the number of calories and the foods that can be consumed as part of this diet, which makes it appealing to followers because it’s relatively easy to follow.

Of course, either of these diets are an improvement over the usual fare consumed in the US and Europe, where convenience and time issues have spawned a processed/fast food culture where few attempt scratch cooking anymore.

One major disadvantage of replacing saturated fats (meats and dairy) with olive oil and nuts is that there is no weight loss from exchanging one type of fat for another. In other words, fat is fat, though reportedly healthier fats are less damaging to internal organs. There are plenty of obese Greeks and people in countries in southern Europe who use olive oil daily and eat the Mediterranean diet. Proportions are key; this is where the USDA food pyramid helps us to remember that fats must be a small part of the food table daily.

* Serial angiograms of people’s heart arteries show that all three types of fat—saturated (animal) fat, monounsaturated (olive oil), and polyunsaturated (omega-3 and -6 oils)—were associated with significant increases in new atherosclerotic lesions over one year of study. Only by decreasing the entire fat intake, including poly- and monounsaturated-oils, did the lesions stop growing.

* Dietary polyunsaturated oils, both the omega-3 and omega-6 types, are incorporated into human atherosclerotic plaques; thereby promoting damage to the arteries and the progression of atherosclerosis.

To cut through the confusion, let’s talk about the root of good nutrition, which is the best hope for a healthy lifestyle. When looking at a diet, it should be a way of eating that becomes a lifestyle. It should be a sustainable habit, easy to follow, nutritious and impart optimal heath benefits.

The benefits of this type of diet have been studied much more extensively than the Paleo Diet. A 10-year study published in the Journal of the American Medical Association found that this type of diet was associated with a 50% lowering of early death rates. The Lyon Diet Heart Study found that mortality from all causes while strictly adhering to a Mediterranean diet was reduced by 70%. Other studies reported reductions in cancer, stroke, diabetes, cardiovascular disease and more.

A published study in Science Daily (2007) showed that Paleo diet foods that were consumed during human evolution might be the best choice to control type-2 diabetes. Swedish researchers reported recently that a Paleolithic diet was more satiating than a Mediterranean-style diet, when compared on a calorie-for-calorie basis in heart patients. Another study from Lund University, Sweden, found markedly improved capacity to handle carbohydrates after eating Paleo for three months.

The British Medical Journal published a 2008 study of non-diabetic participants on a Mediterranean style diet that had a 35 percent reduction in risk for developing diabetes due to changing eating patterns. There are numerous research studies out there from reputable Universities that show analysis that adults eating a Mediterranean diet have a reduced risk of overall and cardiovascular mortality, a reduced incidence of cancer and cancer mortality, and a reduced incidence of Parkinson’s and Alzheimer’s diseases.

Our genes also decide our requirements nutritionally and which foods agree and don’t agree with our constitutions. In the end, SignatureMD doctors believe if you eat as close to what nature has provided us with – in correct proportions – you are helping give yourself the gift of good physical health.