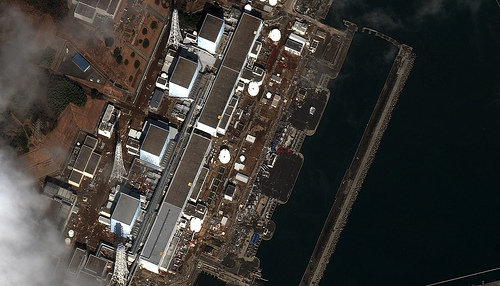 The Reality of Radiation Exposure

Radiation is a complex substance; we know its particles can kill cancer cells and yet, at high levels of exposure it can poison, and ultimately, kill us. With the devastating 8.9 earthquake that struck Japan last Friday, new fears about the danger of radiation exposure are making this typically mysterious substance a reality.

When word got out that harmful amounts of radiation were leaking from the four reactors at Japan’s Fukushima Dai-Ichi nuclear plant, people reacted in terror. We’ve come to learn in recent days that there is an imminent and hazardous health risk for citizens living in close proximity to the reactors, and officials are concerned that Tokyo could soon be at risk.

While most people near to the reactor sites have been evacuated, it is believed that many have already been exposed to harmful levels of radiation. Around the vicinity of the plant, radiation levels exceeded 100 times more than normal.

What is normal? The Wall Street Journal notes that “On average, an American will receive an annual radiation dose of about 620 millirem, or 6,200 microsieverts, a dose that isn’t deemed to be harmful, says the U.S. Nuclear Regulatory Commission.”
According to Time, “at the Fukushima plant’s No. 2 reactor, radiation levels had hovered at about 73 microsieverts (0.073 millisieverts), before a blast sent the amount soaring to 11,900 microsieverts (11.9 millisieverts) three hours later.”

Exposure at these levels can be quite harmful. Contact with the particles, which are typically absorbed through the thyroid gland, can cause radiation poisoning, and more severely, increase the risk of cancer. In order to protect the thyroid from injury, stable iodine tablets are being administered widely to those deemed at risk in Japan. The iodine fills up the gland, preventing it from absorbing radioactive iodine; however, iodine does not reverse thyroid damage that has already occurred.

So is radiation a concern for the U.S.? The U.S. Nuclear Regulatory Commission said that the country is “not expected to experience any harmful levels of radioactivity.” However, SignatureMD recommends monitoring the news for updates and speaking to your concierge doctor if you are concerned about exposure.