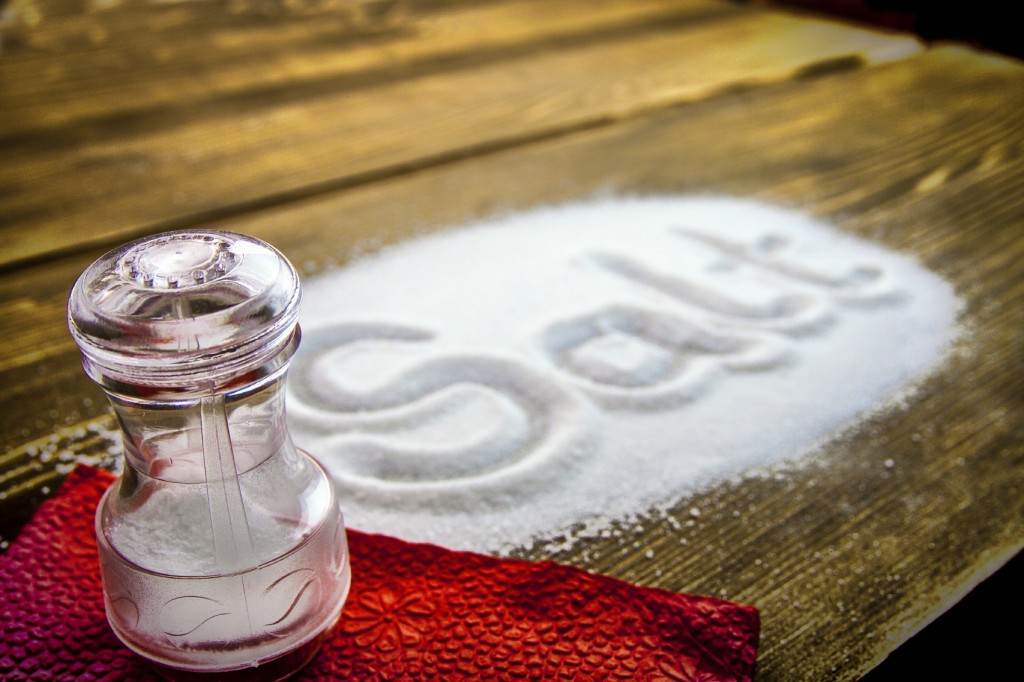 What Science Today Has To Say About Salt

Here’s a question to ponder over your next meal: According to experts, which food is the absolutely worse contributor to unhealthy eating in America? The answer actually depends not only on whom you ask but even when you asked it.

Just like weight-loss plans, nutritional science has changed its conclusions over the decades as to what are the worst offenders in an unhealthy diet. Fat, cholesterol, eggs, red meat, dairy products, coffee, fast food, trans-fat and wheat and other grains that contain gluten have all suffered the slings and arrows of various well-intentioned, but often confusing and contradictory scientific findings.

However, perhaps the most studied and stigmatized single ingredient in the American diet has been salt. It interesting and instructive, then, to see what has been said about salt in the distant and recent past and what science has to say about in 2015.

The Case Against Salt

Fears over salt first surfaced more than a century ago when in 1904 French doctors reported that six of their subjects who had high blood pressure—a known risk factor for heart disease even then—were salt fiends.

Worries escalated in the 1970s when a study from the well-respected Brookhaven National Laboratory claimed it had “unequivocal” evidence that salt causes hypertension. Prompted by the study, and the fact that one in three Americans suffered from hypertension, in 1977 the U.S. Senate’s Select Committee on Nutrition and Human Needs released a report recommending that Americans cut their salt intake by 50 to 85 percent.

There was other evidence to support the theory that salt caused hypertension. For years scientists had noticed that people living in countries with a high salt consumption—such as Japan—also tend to have high blood pressure and more strokes. But as a paper pointed out several years later in the American Journal of Hypertension, scientists could not replicate the studies within homogenous populations, opening the door to speculation that climatic or cultural differences could account for the differences between rates of hypertension and national identity, rather than salt intake.

By 2011 the pendulum was beginning to swing away from the case against dietary sodium to where Scientific American magazine proclaimed in a feature article that “It’s Time to End The War on Salt.” Noting that scientific tools had become much more precise since the 1970s, it cited Intersalt, a large study published in 1988, that compared sodium intake with blood pressure in subjects from 52 international research centers worldwide. The results could find no relationship between sodium intake and the prevalence of hypertension.

Did that close the door on the salt controversy? Hardly. In a July 2015 article from Time magazine headlined “90% of Americans Eat Too Much Salt,” it cited the U.S. Centers for Disease Control and Prevention’s (CDC) survey of 180,000 American adults in 26 states, D.C. and Puerto Rico. It found that the average daily sodium intake among U.S. adults was 3,592 mg, which is well above the public health target set by the U.S. Department of Health and Human Services of 2,300 mg.

Individuals Most At Risk

It seems that for every study that establishes a causative effect between a high consumption of salt and hypertension, another study debunks the hypothesis. One study published from the Journal of Chronic Diseases in 1987, which has stood the test of time, reported that the number of people who experience drops in blood pressure after eating high-salt diets almost equals the number who experience blood pressure spikes; many stay exactly the same.

The problem in reaching any definitive conclusions appears to be how individuals vary dramatically in how they respond to salt. That is because “the human kidney is made, by design, to vary the accretion of salt based on the amount you take in,” explained Michael Alderman, an epidemiologist at the Albert Einstein College of Medicine and former president of the International Society of Hypertension, in an interview with Scientific American.

What is not in dispute is that those individuals who are hypersensitive to salt can benefit from reducing their sodium intake. These individuals are disproportionately represented by African Americans and the elderly, and live in Southern states, likely because of the cultural proclivity for dishes rich in salt including cured meats like sausages and bacon. Studies have indicated that tens of thousands of lives could be saved every year if this target group would reduce sodium consumption by 35%.

If you have hypertension or a family history of hypertension, then the best medical advice says to remain vigilant about salt in the foods that you eat and to consult with your doctor about whether you could benefit from a low sodium diet.