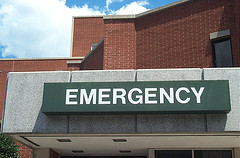 America doesn’t have enough primary care physicians, and many of those in the profession face challenges they hadn’t counted on when they chose their lifetime career path. A recent story from CNNMoney.com and FORTUNE suggests that that the shortage of physicians has built an invisible moat around the castle of health care reform objectives and will produce the following ramifications:

This well-researched piece raises thought-provoking questions, not the least of which is, does healthcare reform “freeze” the ranks of America’s physicians?

And isn’t that, at the end of the day, highly counter-productive?

The story reminds us that last year, “one medical school graduate in six chose primary care. Family doctors, internists and pediatricians constitute just one-third of the physician workforce today versus 50% in 1950, and the share is falling fast. Virtually every rural area in America needs more primary care doctors, and can’t find them.” Wouldn’t it be great if job-seekers could just “go be a doctor?”

Unfortunately, that’s not the way it works. It takes time, money and a specialized skill set backed by high intelligence.

More physicians are considering the SignatureMD concierge medicine model for good reasons, like the fact that it’s keeping doctors in business for themselves, but not by themselves. Real personalized medicine can not only survive, but flourish, in this environment, and that holds great appeal for both doctors and their patients.
…