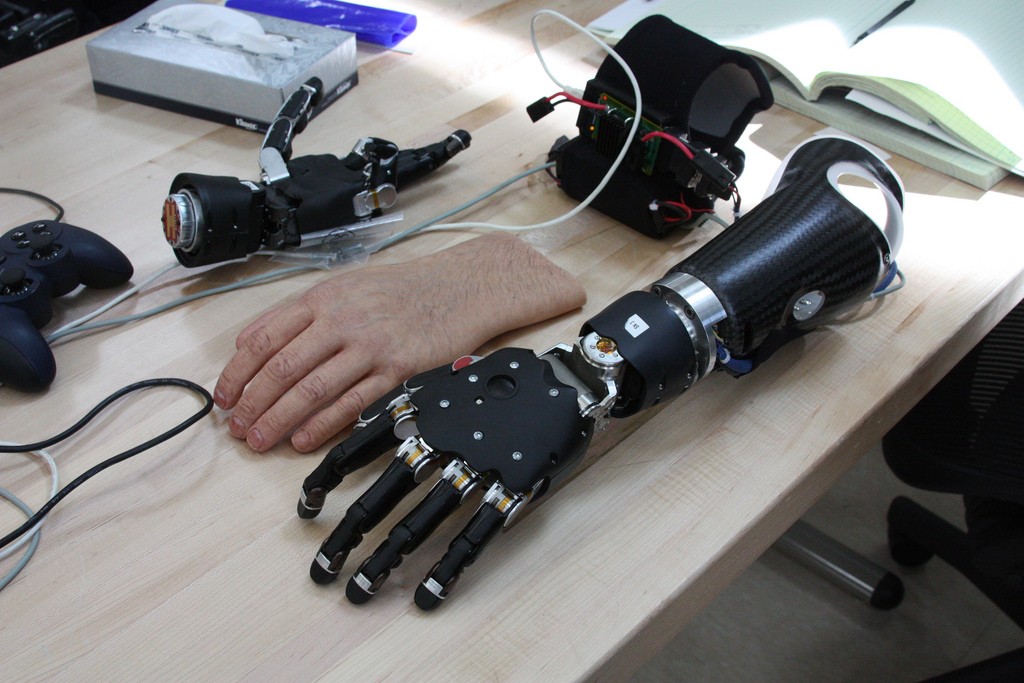 How 3-D Printing is Reshaping Medicine

Doctors in the Netherlands successfully replaced a woman’s skull with a 3-D printed, custom-made artificial skull. The patient who received the skull transplant suffered from a condition that caused her skull to thicken, which led to severe headaches, vision loss, and loss of motor coordination. 3-D printing company Anatomics, helped create a plastic customized skull that fit precisely around the patient’s brain. Since surgery, the patient has returned to full health.

Researchers across the world are working hard to develop artificial limbs that fit perfectly to the recipient’s body using 3-D printing technology. They hope that by using the technology in this way, they can create limbs that better fit the patient for a fraction of the cost it currently takes to produce a prosthetic. Researchers have already had success developing artificial arms for war victims in South Sudan as well as artificial hands and fingers.

Scientists in the UK have been using 3-D printing to develop cost-effective prosthetic eyes, which can be perfectly matched to the patient’s natural eye color. They hope the prosthetics will be used extensively in the developing world because of their affordability. UK scientists are also developing prosthetic ears and noses for patients missing these facial parts. Bioprinting technology enables scientists to match the prosthetic ear or nose exactly to the patient’s face using a 3-D facial scan. The artificial body parts are produced using pigments, starch powder, and silicone. Because of this technology, customized ears and noses can be printed and matched exactly to the patient’s facial shape and skin tone.

The Future of 3-D Printing

It’s difficult to predict what the future holds for 3-D printing, but the technology has huge potential. Bioprinting company TeVido BioDevices are in the early stages of developing custom breast implants and grafts for breast cancer survivors.

Scientists are in the early stages of developing organs using bioprinting technology. Organovo, a San Diego based 3-D printing company, are planning to manufacture the world’s first printed organ, a liver, by 2015. The company uses 3-D printing to lay down layers of live cells, which are built up to form an artificial organ. So far, scientists have been unable to re-create the vascular system that supports the organ, but they hope to overcome this hurdle within the next year.

The development of organ tissue in this way could potentially benefit the medical industry enormously. Tissue can be used for drug testing and research, and experts hope that eventually 3-D printed organs will be viable enough to be offered for transplants, saving the lives of thousands of people each year. Bioprinting technology has enormous potential and is likely to significantly change the way healthcare providers practice medicine.

SignatureMD (signaturemd.com), with offices in Los Angeles, California and Richmond, Virginia, is one of the nation’s largest providers of initial conversion and ongoing support services to concierge medicine physicians, with an expanding network of over 160 affiliated primary care physicians and specialists across 31 states.

As the number of COVID-19 cases continues to rise across the nation, it’s more important than… read more

Communicating with new and prospective patients: What are the keys to successful program enrollment?