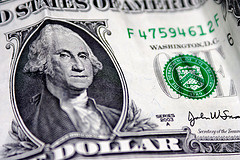 The Priceless Cost of Being a Personalized Doctor

It is a well-known fact that doctors are among the highest paid professionals. However, that is changing. A recent and detailed blog post entitled, “The Deceptive Income of Physicians”, by Ben Brown, MD shows some valid statistics that indicate doctors make a very modest income after taking into consideration student debts, overhead costs, taxes, and hours spent working.

According to Dr. Brown, physicians spend 40,000 hours training and over $300,000 on their education, much of which is absorbed as debt. After all the financial figures are calculated, as well as hours in school and working, a doctor makes nearly the same hourly dollar amount as a teacher.

But, it doesn’t have to be this way. SignatureMD wants its physicians to have a comfortable income without having to put in unnecessarily exorbitant hours at the office.

Through concierge medicine, physicians can develop a relationship with their patients, spend quality time evaluating their health concerns and needs, and avoid endless work days, all while cutting unnecessary costs and retaining an improved income.

It is clear that personalized healthcare is the most appealing option with the greatest reward. If you were the doctor, if it were your future, what would you do?

SignatureMD (signaturemd.com), with offices in Los Angeles, California and Richmond, Virginia, is one of the nation’s largest providers of initial conversion and ongoing support services to concierge medicine physicians, with an expanding network of over 160 affiliated primary care physicians and specialists across 31 states.

As the number of COVID-19 cases continues to rise across the nation, it’s more important than… read more

Communicating with new and prospective patients: What are the keys to successful program enrollment?