Dr. Verheul has partnered with SignatureMD to ensure that you receive the finest in personalized care. As a program member, you’ll experience a new approach, where Dr. Verheul will dedicate the time you need to help you live your healthiest life.

John Verheul, MD, MPH emigrated as a child with his parents from the Netherlands to spend his formative years in Holland, Michigan. He completed his undergraduate training with honors at Hope College (in Michigan), before returning to his native country to graduate summa cum laude from medical school at the Vrije Universiteit in Amsterdam in 1984. After obtaining certifications in primary care and occupational medicine in Europe, he completed his residency in Family Practice as Chief Resident of the Chesterfield Family Practice Residency Program in 1988. He subsequently went on to complete a Master’s Degree in Public Health at Virginia Commonwealth University in 1992.

Dr. Verheul has been with Family Practice Associates since 1988 and is also co-owner of CompassMD, a firm specializing in occupational health needs. As such, he has been the Medical Director for the Virginia State Police for many years and provides health care to many local and regional police and firefighter organizations. He is a licensed pilot and has in the past been approved as an FAA Regional Flight Examiner. He is also certified as a Medical Review Officer.

Besides his love of primary care (he was voted a “TOP DOC” in Family Medicine by his multi-specialty peers as published in the RICHMOND MAGAZINE of April, 2010) and occupational medicine, he holds an appointment as Associate Clinical Professor at Virginia Commonwealth University School of Medicine. He regularly teaches the finer aspects of Family Medicine to both medical and nurse practitioner students through programs at both V.C.U. and affiliated health programs at the University of Virginia and Eastern Virginia School of Medicine.

Dr. Verheul enjoys traveling and has done so extensively through his M.P.H. training, having provided volunteer care in Brazil, the Caribbean and Eastern Europe. He is fluent in Dutch, conversant in German and frequently returns to see his extended family in the Netherlands. He has three wonderful children and is an accomplished jazz pianist. You may just hear him play locally at various clubs and social functions! 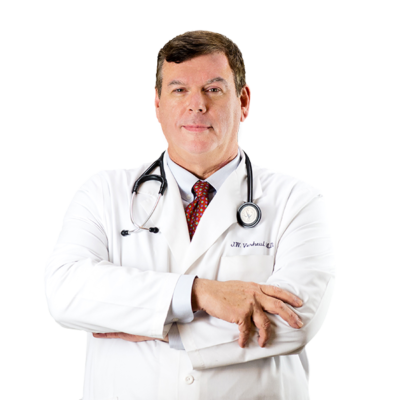 Great staff that is always friendly! Very caring and genuine when you present any concerns to them.

Great office ive been coming here for years and will continue

Great professional staff, always super friendly and happy to help. Thanks for all you do.

Very friendly staff. Always feel like part of the family getting my yearly evaluation!

Great staff. Made the experience great!

Been coming here for 10 years and highly recommend. The staff is the best!

I have been a patient of Dr. Verheul for many years. He far exceeds the norm for patient care. He has compassion and a… read more