Dr. Olson has partnered with SignatureMD to ensure that you receive the finest in personalized care. As a program member, you’ll experience a new approach, where Dr. Olson will dedicate the time you need to help you live your healthiest life.

Dr. Olson served as the Chief of Internal Medicine in the U.S. Air Force while stationed in Fairbanks, Alaska. He earned the rank of Major in the USAF Medical Corps and was awarded the Congressional – Meritorious Service Medal
in 1997. The award was for his doctoring along with the positive attitude he fostered.

After serving in the U.S. Air Force, Dr. Olson entered private practice, first in Duluth, MN. He spent 17 years in Duluth and was the chief of the Coronary Care Unit and The Cardiology Rehab program at St. Luke’s Hospital. After a severely harsh winter, Dr. Olson transplanted himself to Key West, where he opened Northside Medical Associates. Here he has a mixed practice of Internal Medicine and cardiology. He also spends time working at the Lower Keys Medical Center Cardiology department where he reads ECHOS, performs stress testing and EKG interpretation. Dr. Olson enjoys the office practice the most, where he has taken an active role in many of his patient’s lives.

Dr. Olson enjoys his collections of African masks and sculptures, everything French and painting. He also stays busy with his dog Randy and cat Tom Tom. Dr. Olson is a member of Phi Beta Kappa and Alpha Omega Alpha, the Honorary Medical Fraternity. 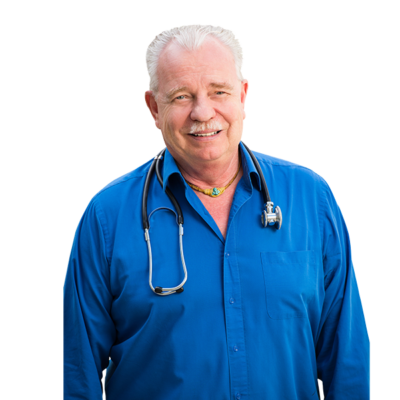